Sleep training? How much crying is involved?

… I have been honoured over the last 30+ years to offer guidance and support to families who have struggled with their infant’s sleep. I have frequently seen and heard parents utter fear, imagining that their most precious little person might literally cry their eyes out so hard that it will do some sort of physical or mental damage or somehow breaking the bond they have with their little one. Real evidence-based studies have shown this to be simply untrue. Some articles often referred to as ‘studies’, are re-quoted by anxious parents on forums. But, if you research them a lot further, these so-called ‘studies’ turn out to be without any scientific evidence and they stem from misquoted articles written by people who originally were simply giving their opinions. Among my clients are child psychologists who have researched thoroughly to make sure before going down the sleep training path, that there were no issues with infant/parent attachment post sleep training. In fact, they are now happy and sleep-filled families who often recommend it to other exhausted parents.

On another note, in all my years of offering support to parents and advising how to improve their infant’s sleep, I have actually never experienced babies literally ‘cry their eyes out’, non-stop, for hours and hours on end. I certainly couldn’t be a Sleep Consultant if this was the only way to get a baby or child to learn this new skill. It would truly break my heart and soul so I can’t imagine how awful that would be for any parent. When you take a fully holistic approach it just doesn’t happen like that.

There is a big misconception about sleep training because parents mistakenly assume that it’s all about this constant crying and purely sleep focused. However, while a very small percentage of parents are okay with non-stop crying, the vast majority aren’t and that is completely understandable. Most of the parents with whom I work do accept that there will be some fussiness during sleep coaching (even the gentlest methods may produce a bit of frustrated protest), but they want to minimize crying and offer their babies different measures of soothing during the sleep teaching process. That’s absolutely fine! I certainly won’t stop you from soothing your baby. What I will do is, once we have refined the plan together, advise that you are consistent in what you do with your baby.  This will include you choosing and sticking to the soothing method so that you don’t confuse your little one. Think about it like this: you wanted to learn a new skill, let’s say speaking Japanese and one day I speak to you in Japanese. However the next day I saw you didn’t understand quickly enough and so add in some French and then mixed it all up. Then I tried a bit of Spanish for good measure to see if you would understand better. You most probably would be frustrated whilst struggling to understand what I was saying… The same is true and applies to your baby or child who is learning a new sleep skill for the future. He is trying to learn how sleep works. He needs to learn about his own state of tiredness, how to settle to sleep and how to settle back to sleep. Only then can he learn to make a smooth and independent transition from one sleep cycle to the next without having to fully wake up and shout for your help. So you can see that it’s important to decide what level of soothing is reasonable for you and your baby and then stick to it. Consistency, among other factors is the key to a successful sleep journey and ultimately the best possible outcome.

Preparation is one of the key factors for minimising stress and creating a successful sleep plan.  So if you do decide that evidence-based sleep training is the best way forward for you and your infant, a really effective sleep plan requires overall preparation to get the right results. Parents often tell me that, in pure desperation, they have left their baby to ‘cry it out’ just to get some sleep and to ‘see if it works’ but it failed because they found it unsustainable and there was no forward planning. Preparation includes quite a surprising list of outside factors so name just a few: dietary requirements, mindsets, sleep environment, regulating to an age-appropriate body clock and, above all, getting it all in the right order then taking it just one step at a time. So, when I work with a family I make it clear that I will create a sleep plan in at least two stages, sometimes more, regardless of which evidence-based sleep training method the parents have chosen. By starting off with some pre-sleep training ‘projects’ it is possible to create those very first good, solid habits. When the time comes to start the main sleep training, your little one is already familiar with the first stage and this makes it emotionally less stressful for him. In fact, dare I say it? For a small number of families I have worked with, these first stage projects were enough to solve the issue and they didn’t need to take it any further. However, most have needed to go on to the next stage and that’s ok, I have always been there, either in person or online, to guide them and offer positive support.

Checking back with the parent 6 weeks after the sleep consultation. During the call, one of the questions I always ask parents is “looking back, how hard was it for you to hear the crying”? The extraordinary thing is that more often than not they report that it was a lot more about preparing and anticipation of the crying and a lot less about the amount of actual crying that they really experienced. Some even were surprised that the crying was less than they had experienced in any 24 hour period before they had contacted me for the sleep plan. It certainly was not nearly as heart-wrenching as they had imagined. Could this be, in part, because by this time the parents have started to get some proper sleep and consequently their emotional state has improved so they can rationalise more easily?

3+ month post consultation feedback: Often I receive texts and emails from mums (and dads) further down the line saying that:

So, if after reading this you are still on the fence, then take a little more time, see if things improve and if they don’t, just give me a call. Just remember, the choice will always be yours, not mine and I will, as much as possible, adjust or tailor a sleep plan to your comfort zone. 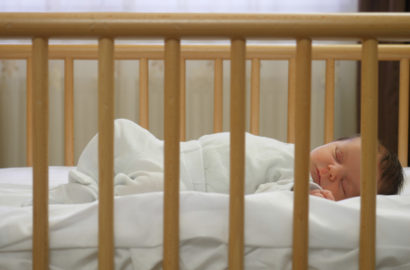 Why is the correct room temperature so important for your infant’s sleep?

An interaction between healthy sleep, respiration and thermoregulation may be an important factor for Sudden Infant Death Syndrome. Changes to the thermal balance may induce respiration irritability. So what is 'thermoregulation'?
Read more 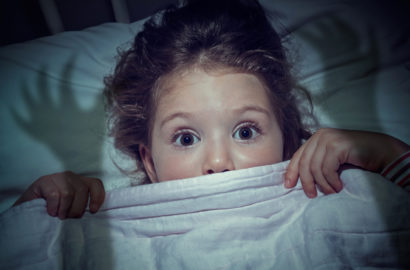 How to manage Nightmares?

Nightmares are super scarey for little ones! They occur in REM or ‘dreaming’ sleep. In the second half of the night, when REM sleep becomes more frequent this is when nightmares usually happen. Nightmares are very common in young children, reaching a peak between..
Read more 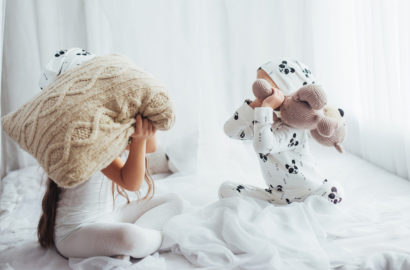 Does your infant suffer from mild to moderate sleep deprivation?

Parents or anyone working frequently at night, know what it’s like to feel grumpy and not at their best from lack of sleep. If your children often show signs of feeling this way, we owe it to them to find solutions to help them.
Read more